An air conditioner may use a number of refrigerants but the most commonly used air conditioner refrigerant is either R22 or Freon coolant depending on the vintage of the unit. Latest models of air conditioners use a relatively safer coolant known as R410-A. Whatever be the coolant in your aircon, it is a CFC (short for Clorofluorocarbon). CFCs fall under the category of controlled substances which means that they must be disposed off carefully. The fact that your air conditioning unit does not utilize any coolant during its operation makes it obvious that if the level of coolant has gone down and needs a refill, there has been a leak in the equipment.

A number of you would have come across leaking air conditioning equipment and there are more than fair chances that a lot of you ignored the leak and continued using your equipment. However, such a practice is extremely dangerous not only for the air conditioner and occupants of the house or building where the air conditioner is being used but also for the environment.

Why does the aircon leak?
One common reason behind a leak in an air-conditioning equipment is a malfunctioning schrader valve. In most cases, the seal around the valve deteriorates. Another possible reason can be a hole in the capillary tube or the evaporative coil. This hole is the result of tubes rubbing against each other which eventually creates a hole.

Health Hazards
If the coolant of the air conditioner leaks into your house, it will quickly evaporate into a gas and will be harmful for the occupants. It may cause a number of health problems such as nausea, headache or even asphyxiation in extreme cases. When CFCs come in contact with the skin, it may result in dryness, cracking and irritation. Short periods of CFC inhalation may cause increased heart rate, dizziness and loss of coordination while prolonged exposure may result in more serious medical conditions such as unconsciousness, shortness of breath, excessive coughing or even death. The heat absorption qualities of CFCs can cause frost bite when they come in contact with delicate areas of the body such as eyelids.

Damage to Your Air Conditioner
While health and environmental hazards of a leaking aircon may surface after some time, the immediate and most tangible effect is on the air conditioner itself. When you continue using your air conditioning unit despite a leak, you put undue pressure on the compressor which can irreversibly damage the device. Even if the equipment remains repairable, the costs of repair can be so high that you may regret using the air conditioner after you detected a leak. Besides the increased cost of repair, for whatever time you run the equipment with a leak you end up consuming 20% more electricity for every 10% loss of refrigerant.

Soil Penetration
Research has revealed that CFCs do not gel well with the soil and tend to remain unabsorbed by it. They penetrate deep into the soil and pollute underground sources of water. When CFCs get mixed with ground water, their danger gets multiplied manifold because underground water is consumed by plants and animals as well. They may pollute wells to such an extent that they become unfit for use.

What to do in the event of a refrigerant leak
It is advised to discontinue using your air conditioning equipment as soon as you detect a leak in it. The next immediate thing to do is call for a certified technician to seal the source of leakage. Remember, it is necessary not only for you and your equipment’s health but for the environment as well. One important thing to bear in mind is that trying to fix the leak yourself may result in a greater hazard than what the leaking CFC can cause.

You may magnify the problem to such an extent that the entire unit needs a replacement which will certainly cost much more that what a technician will charge you for his services. The only respite is that home aircon units rarely leak such high quantities of CFCs that can be fatal however, this does not all mean that domestic aircon leaks can be ignored. Although such leaks are not a common occurrence but if you suspect even the least of it, it is wise to discontinue the use of air conditioner and call a technician as soon as possible. 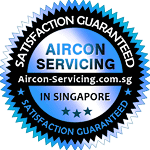